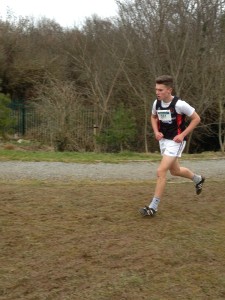 Well done to all the athletes who took part in the East Munster Cross Country  Championships in Dungarvan on Friday last.

The Senior team came first in their race beating-off stiff competition from De La Salle and Rockwell winning the perpetual shield for the school and qualifying for the Munster Final in CIT on Thursday week. Anthony Tobin was the first runner to finish for the team followed by Patrick Cleary, Dara Lynch, Aaron Egan and Harry de Longue.

There will be athletics training for all at lunchtime on Tuesday, after school on Thursday and after school again on Friday.

Congratulations to the school’s Cross Country team that competed so well in the County Schools’ Cross Country Championships is Thurles. The High School won the shield for the best school on the day following the Gold Medal victories of our Minor and Senior Teams and the Bronze Medal success of our Intermediate Team.

The Minors were the winning team out of a total of 16 teams. Shane Fitzgibbon won the individual silver medal and Jack Dillon won the bronze medal. Josh King was the third athlete home from the team and Cathal Griffin was fourth home. They were ably supported by the remaining members of the minor team.

Daan van der Wal came fifth overall in the intermediate race leading his team to their bronze medal success. Dylan Bates, Andrew Connolly and Michael Ryan were the others to score on the team and again they were very well supported by the entire team.

We had a clean sweep of the individual medals in the Senior race as Anthony Tobin claimed gold, Patrick Cleary silver and Dara Lynch bronze. Aaron Egan was the fourth man home ahead of the remaining members of the team who all played their part in the victory.