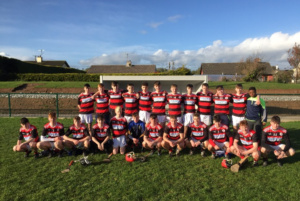 The High School has always enjoyed a rich tradition in GAA and has been a nursery for many top GAA stars of the past and the present. The High School participates at both Munster Post Primary Schools and at Tipperary schools level. The school has enjoyed considerable success in its history. There are at least two teachers involved with each team. Famous former students that have gone on to represent Tipperary and Waterford in hurling with distinction include Michael ‘Babs’ Keating, Donncha Fahey, Declan Browne, Shane Walsh, Bill Maher, Conor Gleeson, Mark Kehoe to name but a few. In more recent times the school has been extremely well represented on the county hurling scene with Bill Maher captaining Tipperary minor hurlers in 2012, in 2016 three High School students Ciarán Barrett, Mark Kehoe and Gavin Ryan were part of the victorious minor hurling All Ireland team. It is perhaps important to note that former student Mark Kehoe has the distinction of winning minor (2016), under 21 (2018) and senior (2019) All Irelands. Mark is one of the most decorated hurlers to every come from South Tipperary. 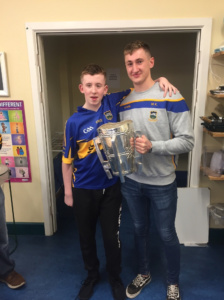 The school has competed at Harty Cup level for a number of years and have been successful in ‘A’ grade in a number of competitions from First Year, Under 15, Under 17 within the last decade. The biggest success to date has been the Rice Cup victory in 2011 when the school defeated Midleton. The school is extremely competitive in both hurling and football and many if not all of the players are dual. It is unfortunate that the sporting calendar has been interrupted by Covid-19 but as a school we hope to be back on the school field and playing competitions as soon as possible.