Yet again, the inspired combination of High School and Pres. “Came up with the goods”. From the opening freeze tableau to the dazzling conclusion the musical showcased so many talents. 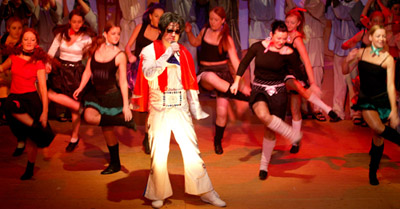 The vocal attack of our two splendid narrators (Kelly Lonergan and Fiona Ryan) from the start “Way, Way Back” left us in no doubt we were in for something “amazing”. The Brothers were introduced. and what a colourful bunch they were! Their jealousy at Jacob’s special affection for Joseph was palpable…minds you Joseph’s swanning around in his multi-coloured coat: “I look handsome! look smart”, did rub it in a bit. lt came as no surprise when Joseph was beaten up and sold to a “Hairy bunch of Ishmaelites” (cornplete with cantankerous camel and a bevvy of exotic belly-dancers.) 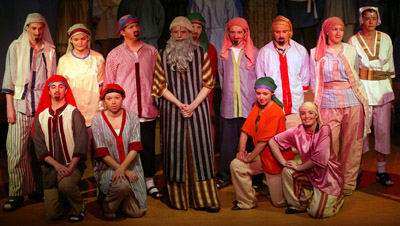 The brothers didn’t fool anybody with the pseudo-sympathetic “One more Angel in Heaven”..except the gullible Jacob (most believable by Alistair Moir). Still, it was a helluva piece of tongue-in-cheek narrative…take a bow Stephen Britton! In Egypt , Joseph is brought before the very impressive Potiphar (David Carroll brought admirable gravitas here) and is rapidly promoted. Potiphar’s wife fancies him (but really!) And insists he “Come and lie with me love”. Despite Joseph’s protests “I don’t believe in free love”, he is thrown into jail. Joseph’s (Ger Cunningham) rendition of the poignant “Close every Door” proved a highlight of the show!

The dramatic mood change to “Go, Go, Go Joseph ” showed the chorus at their best and the cameo roles of Butler (Eoghan Twohig) and Baker (Mary Butler) were well realised. The suitably subdued chorus for “A Pharaoh Story” might have something to do with the two fearsome guards (Tony Ryan and Stephen McGrath)! Pharaoh (Kieran Me Cormack) exploded onto the stage and gyrated his way through “Song Of the King” to the obvious relish of the females in the audience. Joseph’s ability to interpret the King’s dreams saw him promoted again. As “Pharaoh’s number 2” he again attracted female attention and was regularly assailed by “Adoring Girls” ( The first groupies?)…not that he protested this time, no, he just lay back and thought of his Canaan days! Which brings us back to his brothers. There is a famine in the land. “No one comes to dinner now. We’d only eat them anyhow”. They also long for “Those Canaan Days”…stylishly expressed by David Lonergan and Stephen Britton. The brothers now go and grovel before Pharaoh’s number 2.Benjamin ( rendered suitably pathetic by Aidan Casey) is accused of stealing Joseph’s golden cup. When Joseph threatens to “lock him in a cell” the other brothers offer themselves instead. Can you believe this transition? Land all to the strains of the “Benjamin Calypso”? (Take a bow Tara McMahon and Claire Hallinan). 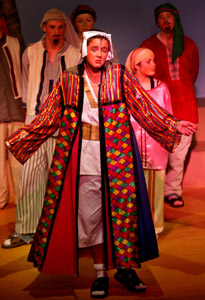 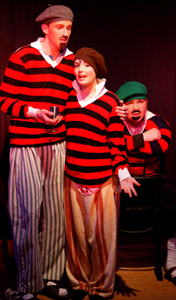 Anyway Joseph is impressed and reveals that he is their brother. There is much embracing…a rejuvenated Jacob arrives in a chariot of gold. Joseph dons yet another Multi-coloured coat. AND insists on singing about it. This time the brothers show great restraint and join with the entire company in “Any Dream Will Do”. The entire cast take a well-earned bow. Bravo!

In addition to the Brothers mentioned praise goes to Kieran O’Donnell, Kevin Power, Paddy Kelly, Siobhan Dempsey, Emer Condon, Tracey Hanrahan. The chorus and dancers added great colour and excitement to the show. Choreographers Rebecca Neil and Sarah Blanche can be justifiably proud of their work. 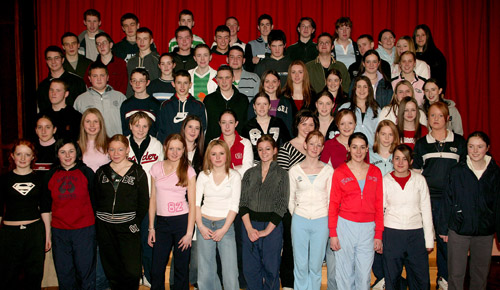 Gillian Barrett and team are to be complimented for the colourful sets. Thank you Treasa Melody and team for the costumes. Tom Kenna and team ensured a seamless transition of scenes.

Once again, my sincere thanks to my partners in crime,….Siobhan Alley and Olga Gannon and the Principals of both schools for their support.